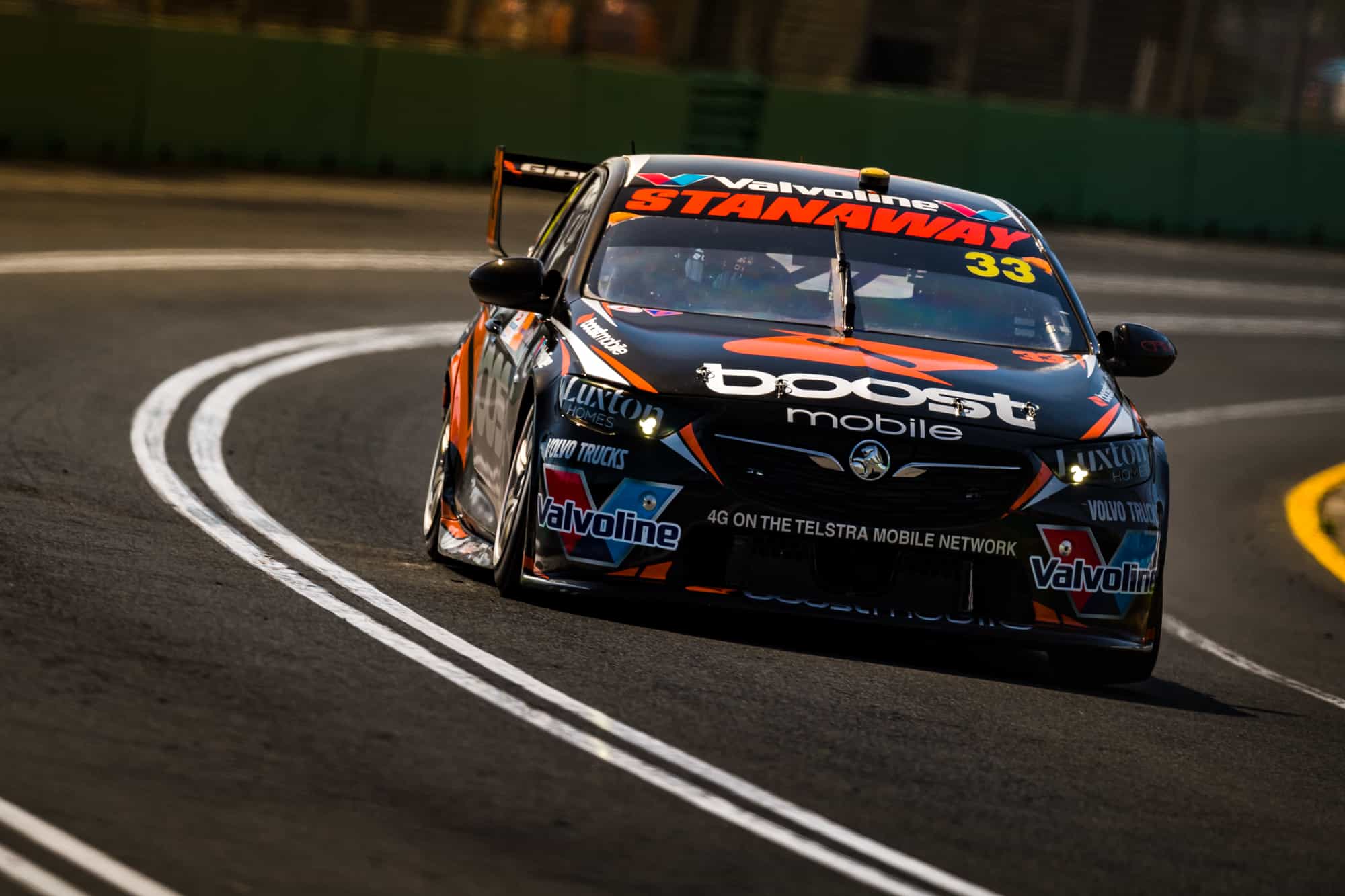 James had a battle throughout the 13 lap sprint, making up 4 positions from his starting place of 22nd. He was ran wide on the final lap and finished P18. “Tough race and a pretty tough weekend overall for us. We struggled a bit with car speed, but we got some good direction in some of the races with some changes. We’ve been throwing a few things at it because we need to do that to get up the front. We’ll keep working away, keep bagging points, keep finishing and we’ll end up at the front at one point!”

After starting from pitlane Richie had a clean race and came home 20th. “Unfortunately we used all our good tyres yesterday and started from pitlane. Can’t do much in a 13 lap sprint.”

James had a great start to race 5 and was on track for good result but unfortunately during his stop the wheel clip jammed, losing 15 seconds in pit lane.  He crossed the line in 19th.

Richie had a difficult race. “We had damage on the 1st lap from contact with Holdsworth, so steering was bent and I was pretty trying to survive from that point onwards”.  He managed to bring the damaged #33 home in 17th.

Tough race for our boys in the 70km race earlier on Saturday. Richie Stanaway brought the Boost Mobile #33 home in 19th, while James Golding had some battles, copped a 5 second penalty and finished 23rd.

Day 2 at the Australian Grand Prix started with another two 10 minute qualifying sessions for races 5 and 6 of the Supercars championship.

James Golding qualified 15th for Race 5 and Richie Stanaway 16th. James set a great first sector in qualifying for race 6 only to have front locking into Turn 9, he will start the final race of the weekend from 23rd. Richie will start Sunday’s final race from P17.

A clean and consistent outing for James and Richie at the Australian GP for the opening race of the weekend crossing the line in P17 and P18.

Busy afternoon on track at the opening day at the Australian F1 Grand with two 30 minute practice sessions and qualifying for the first two races of the weekend.

Quick 10 minute qualifying session allowed for only one flying run per session. James will start opening race tomorrow from P16 and Richie P18.

For the sprint race on Saturday morning James will start 18th and Richie 20th.