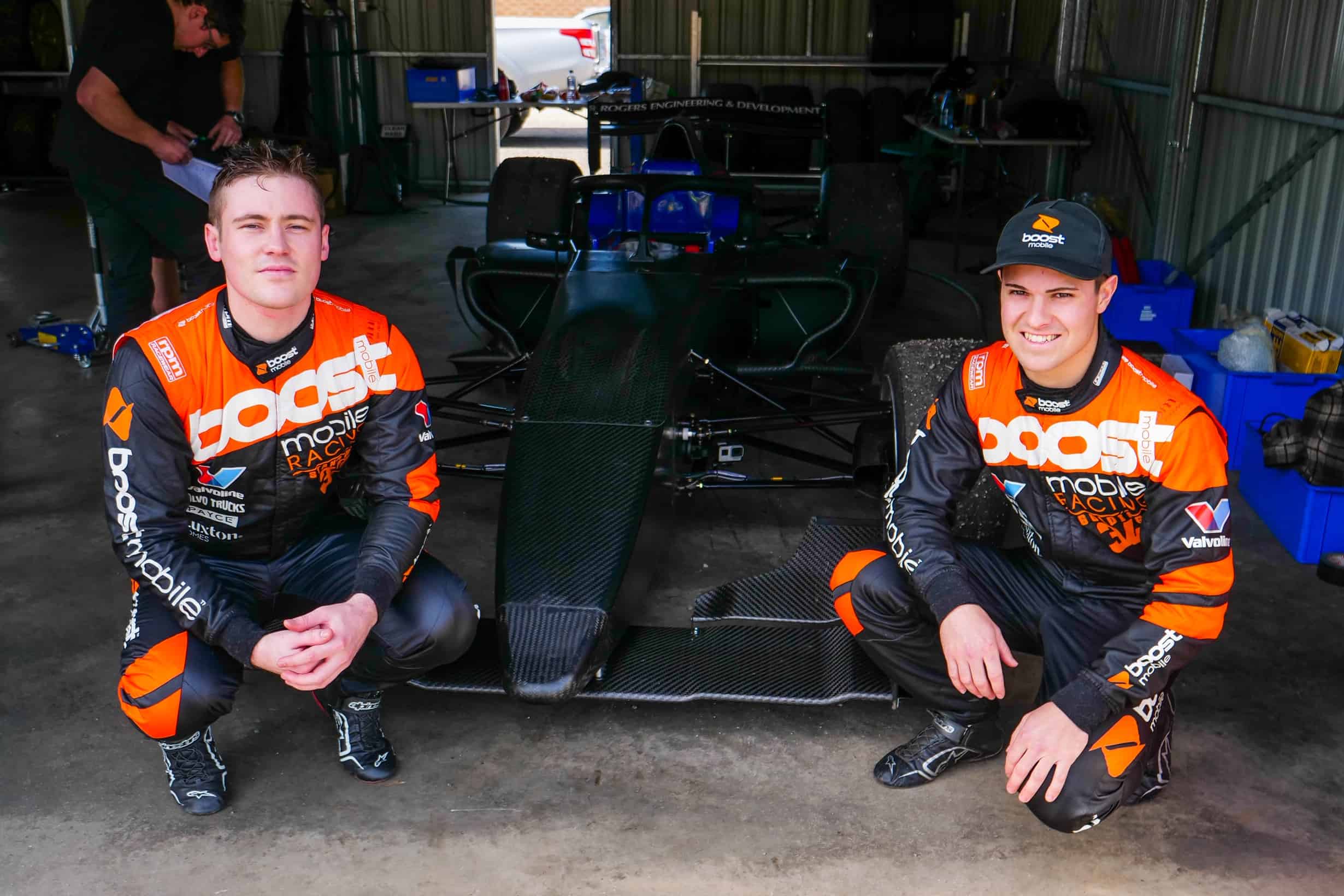 Richie Stanaway has been given a clear bill of health after a successful test of the S5000 at Winton Motor Raceway today.

The BOOST Mobile Racing GRM Supercars driver has been unable to compete in the Supercars Championship since May after aggravating a neck injury in a crash at the Winton round in May.

The fast Kiwi tested one of the GRM built S5000 cars at Winton today in a bid to prove to his fitness, which he has, meaning Stanaway will return to his #33 GRM Commodore ZB at The Bend Motorsport Park next weekend.

Stanaway and his GRM team-mate James Golding drove a brand-new S5000 car at Winton today, with both drivers enjoying the experience aboard the 560 horsepower wings and slicks race car.

Both Stanaway and Golding are no strangers to open wheelers. Stanaway made his mark in Europe, winning the 2011 German Formula 3 title, as well as stints in GP2 – one class down from Formula 1.

Today’s S5000 test marked the first time that a new S5000 car has hit the race tracks after the successful development of the prototype chassis.

The GRM team is now working towards completing the build of 14 S5000 cars, ready for the historic first race meeting at Sandown Raceway on September 20-22.

“It was my first time back in a race car since I had to withdraw from the Winton round of the Supercars Championship in May, so it was nice to get back in a car,” said Richie Stanaway.

“It was nice to try out the new S5000 car for Garry Rogers Motorsport, it was also my first time back in an open wheeler since 2015.

“My neck feels fine after turning plenty of laps around Winton today, it’s good to get that signed off so I can press on with the rest of the racing season.

“I’ve missed driving open wheelers so it was a real thrill to get back in one today and help the team out develop the package for the new S5000 series, it was a lot of fun to drive.”

“The best part for us today was to see Richie Stanaway fit and healthy,” said Barry Rogers.

“To see a guy with his experience in an open wheel car to jump in the S5000 today and see it pushed like we haven’t seen it pushed before really gave me goosebumps watching him out on track.

“We’re looking forward to seeing Richie back in a Supercar at Tailem Bend and I’m sure it’s a relief and a huge weight off his shoulders knowing that he finally feels 100 perfect again.”