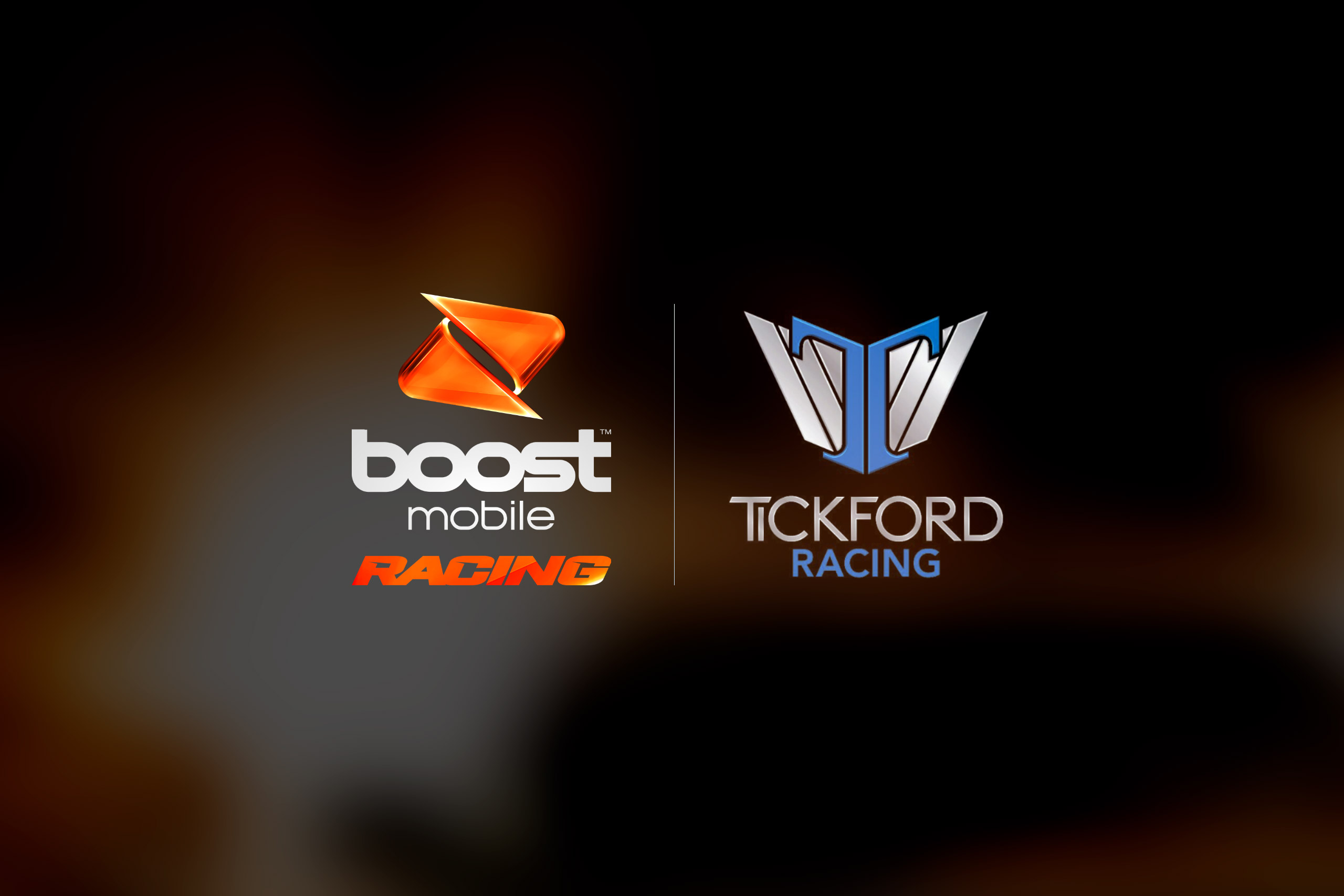 SYDNEY, Australia, May, 2020 – BOOST MOBILE, the world’s largest youth-focused telco brand, has today announced the entry of its own car to contest the remainder of the 2020 Supercars season. Driven by 2010 Supercars champion James Courtney, the Boost Mobile Racing car will be managed on-track in a partnership with Tickford Racing.

Under this agreement, Boost Mobile has engaged Tickford Racing to manage the car and all the on-track elements, with Boost Mobile managing the overall running of the car and all commercial aspects of putting the car on the track this season, including commercial partnerships and sponsorships. It is the start of what effectively becomes a Boost Mobile-managed Racing team for the first time.

The opportunity for Boost Mobile Racing to partner with Tickford Racing grew over the course of last week when Tickford Racing customer team 23Red Racing was forced to withdraw itself and driver Will Davison from the championship following the loss of its primary partner.

Boost Mobile stepped-in to continue its long association and support of Motorsport in Australia, including Supercars. Boost Mobile Founder Peter Adderton is excited at the next step in their journey while also being able to assist when it is most needed in the sport.

“The professionalism of Tickford Racing is evident by both the way they present their teams and their consistent performance on the track, so I couldn’t think of anyone better to help us run the Boost Mobile Racing Team.”

“I’m also excited to continue our support of James Courtney through a move to Tickford, and think he will be able to do great things with this support and resourcing that we are able to provide him. I think it’s important for Supercars fans to have JC continue to race in the series.”

“When we were asked to step up and keep a Mustang on track we didn’t hesitate. It’s tough times like these that make Australians stand together. Boost Mobile will support Supercars and most importantly the fans during this tough time.”

“These are very uncertain time’s for sports in general and motorsport in particular. In a sport traditionally funded by sponsors, it is more important than ever for brands to step up if they are able, not just for the future of the Supercars Championship but the teams and the people behind them. I have been involved and supporting motorsport in Australia for over 20 years and to this day remain one of its biggest fans.”

“I would also like to see other brands to get behind Australian sport in this trying time, even if it wasn’t in their original 2020 plans. Now is the time for corporates to step up and support Australian sports as they fight for their very survival in the coming months and beyond.”

Tickford Racing CEO and Team Principal Tim Edwards has expressed gratitude over the partnership with Boost Mobile and acquisition of Courtney, which ensures the team will continue to operate four Supercar entries from its Campbellfield, Victoria workshop.

“We were certainly put into a difficult situation last week losing 23Red Racing, but the leadership team at Boost Mobile have come up big and we are very happy to welcome Boost Mobile Racing to the Tickford family,”

“To have a champion of the sport in James and a brand with the profile and passion of Boost Mobile come on board, given the circumstances you couldn’t ask for a better outcome to the scenario we were faced with. Looking back, the success we have accumulated over the years has come from the raw, genuine passion of our team, partners, and fans. Boost Mobile’s leadership exemplifies that level of commitment to the sport, and we are elated to partner with a group who provide that.”

James Courtney, a 15-time Supercar race winner, is elated to continue his long association with Boost Mobile as lead driver for Boost Mobile Racine, and step into the Tickford Racing frame, where he will race a Ford Supercar for the first time since his championship campaign in 2010.

“Racing is my life, so to be given this opportunity to continue to race, it means everything to me. While there was the lure of moving to competing categories, Supercars is such a strongly supported and contested series that the goal was always to try and stay here. Which is especially exciting now that I get to join forces both with Boost Mobile and Tickford Racing.”

“Boost Mobile has been loyal and fully supportive of my career. The last few months have been admittedly crazy for my family and I, but I can’t thank Boost Mobile and Peter Adderton enough for their loyalty and support in keeping me behind the wheel and racing Supercars.”

“I look forward to working with a motivated, young and exciting team. Tickford Racing have put together a successful formula which, coupled with Boost Mobile’s passion and experience, gives me a lot of confidence that I am in an environment where I will be fully supported and put in the best possible situation to succeed.”