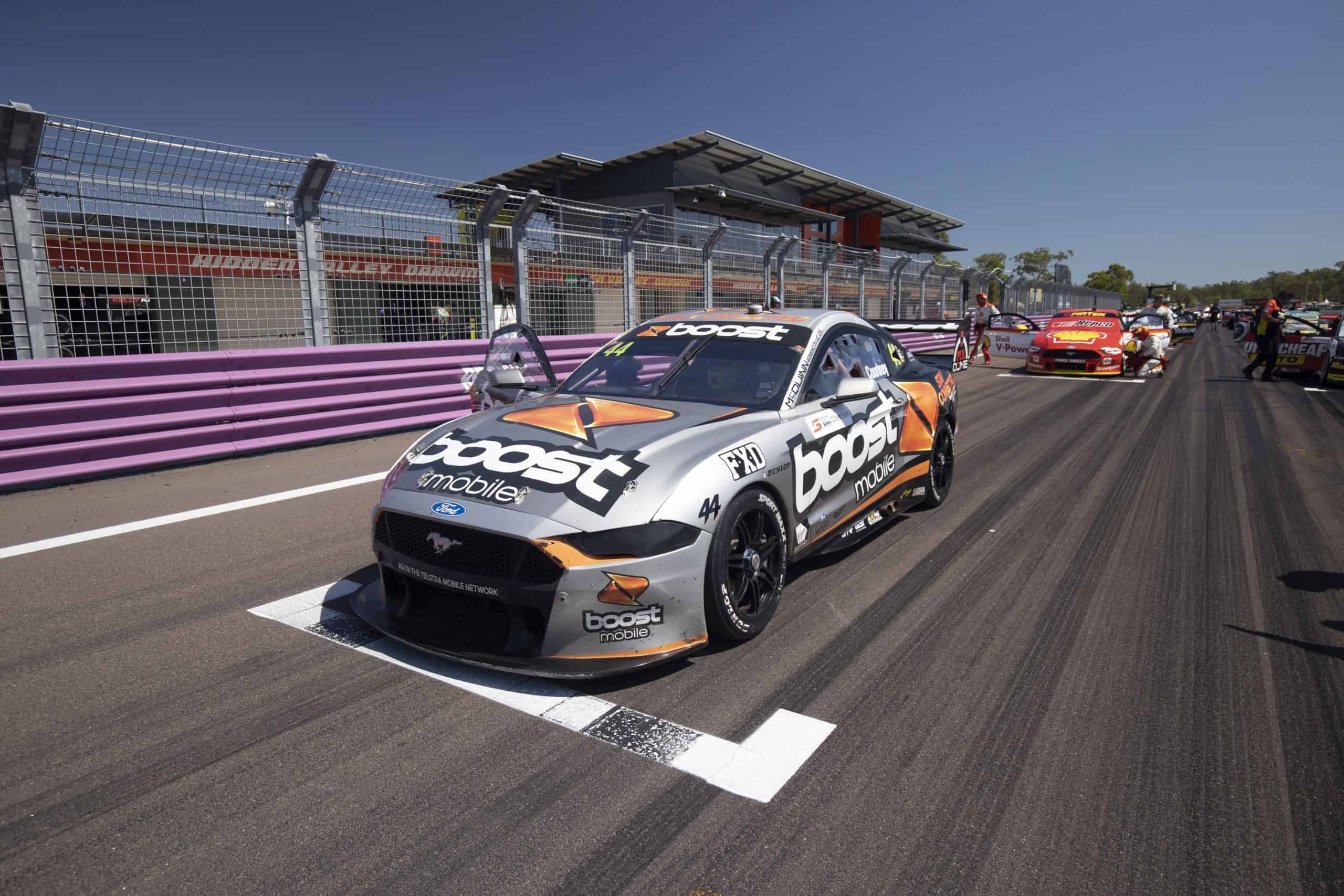 Tickford aiming to rebound in Darwin

Despite James Courtney’s (No. 44 Boost Mobile Ford Mustang) first podium with the team in Race 13, Tickford Racing left last weekend’s Darwin Triple Crown with room for improvement ahead of this weekend’s Darwin SuperSprint, the second leg of back to back weekends racing in the Northern Territory.

In Race 13 last weekend James Courtney (No. 44 Boost Mobile Ford Mustang) scored his first podium since joining Tickford Racing and hopes more strong results are on the horizon as he continues to adapt to his Ford Mustang.

On the first day of racing in the Supersprint Monster Energy Racing’s Cameron Waters (No. 6 Monster Energy Ford Mustang) has taken third place in Race 16 of the 2020 Virgin Australia Supercars Championship, his 12th career podium and first at Darwin’s Hidden Valley Raceway.

Close behind Waters in fourth was James Courtney (No. 44 Boost Mobile Ford Mustang), who qualified a season-best third for Saturday’s 38-lap race.

The following day at the Darwin SuperSprint was up and down for Tickford Racing, placing three cars in the top eight of Race 17, but managing a best result of 12th in Race 18 on Sunday afternoon.

With finishes of seventh and 14th on Sunday, combined with fourth on Saturday, James Courtney (No. 44 Boost Mobile Ford Mustang) took sixth place for the round at Darwin and now sits 13th in the Supercars drivers’ championship.

The Virgin Australia Supercars Championship heads back to North Queensland next weekend to kick off a doubleheader on the streets of Townsville. The NTI Townsville SuperSprint takes place August 29-30, followed by a second event on the Reid Park street circuit on September 5-6.