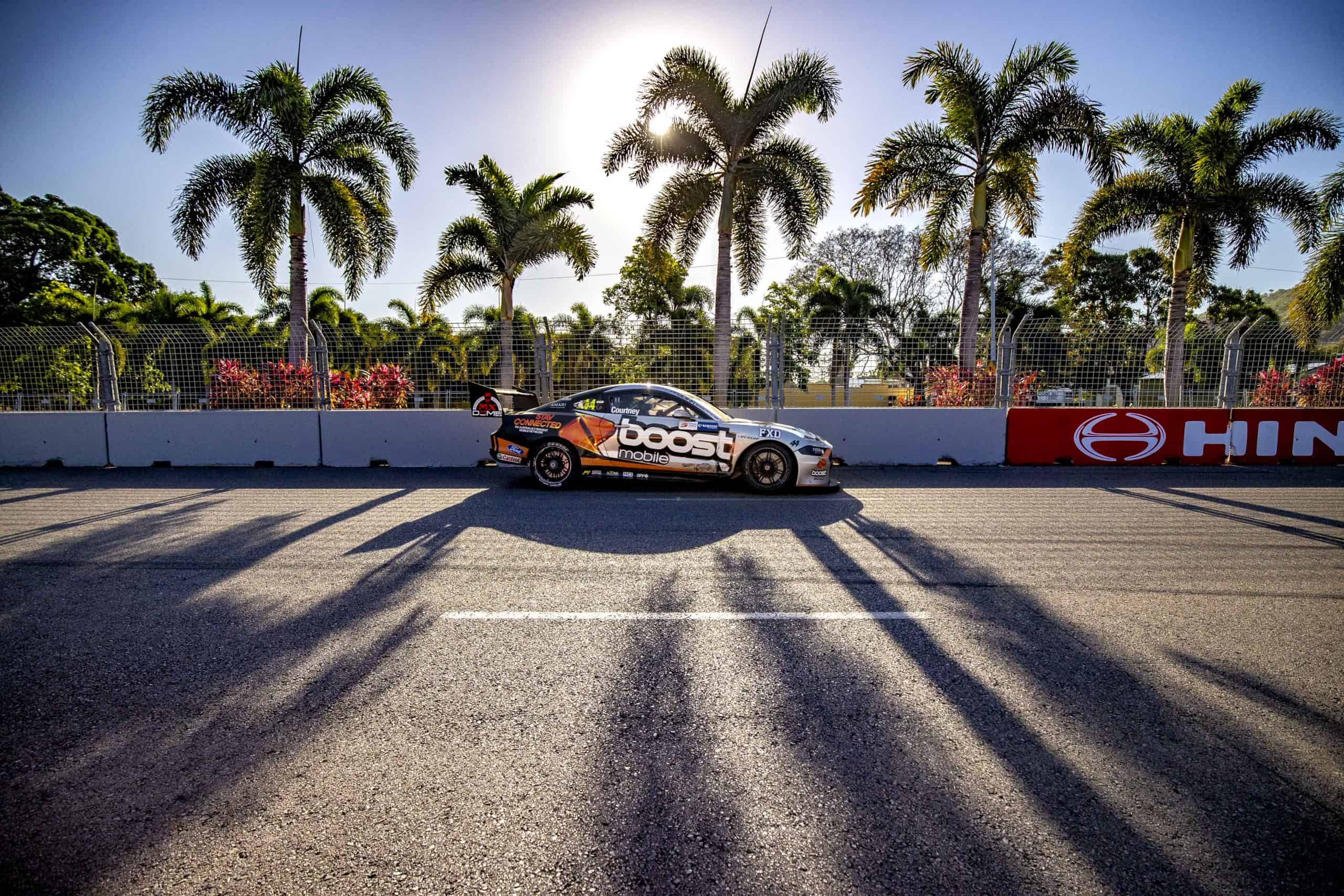 Courtney ninth in Townsville finale as Waters is spun from fifth

The Virgin Australia Supercars Championship wraps up four consecutive weeks of racing this weekend at the Robson Civil Projects Townsville SuperSprint, the second leg of a back to back on the streets of Townsville.

James Courtney (No. 44 Boost Mobile Ford Mustang) continues to settle in nicely at Tickford Racing, and scored two top-seven finishes last weekend. Citing tyre degradation as an area for improvement, the Boost Mobile Racing driver is confident he can again contend for podiums this weekend.

In an overall frustrating last race of the weekend, James Courtney (No. 44 Boost Mobile Ford Mustang) led Tickford Racing in Race 24, the final race of the Robson Civil Projects Townsville SuperSprint. Courtney was among the last cars to pit in Race 24, benefitting from a Lap 24 Safety Car that bunched the field up and allowed him to make up places in the race’s final nine laps.

With four consecutive weekends of racing complete, the Virgin Australia Supercars Championship will take one weekend off before a doubleheader in South Australia at The Bend Motorsport Park. The first of the two rounds at The Bend takes place September 19-20.