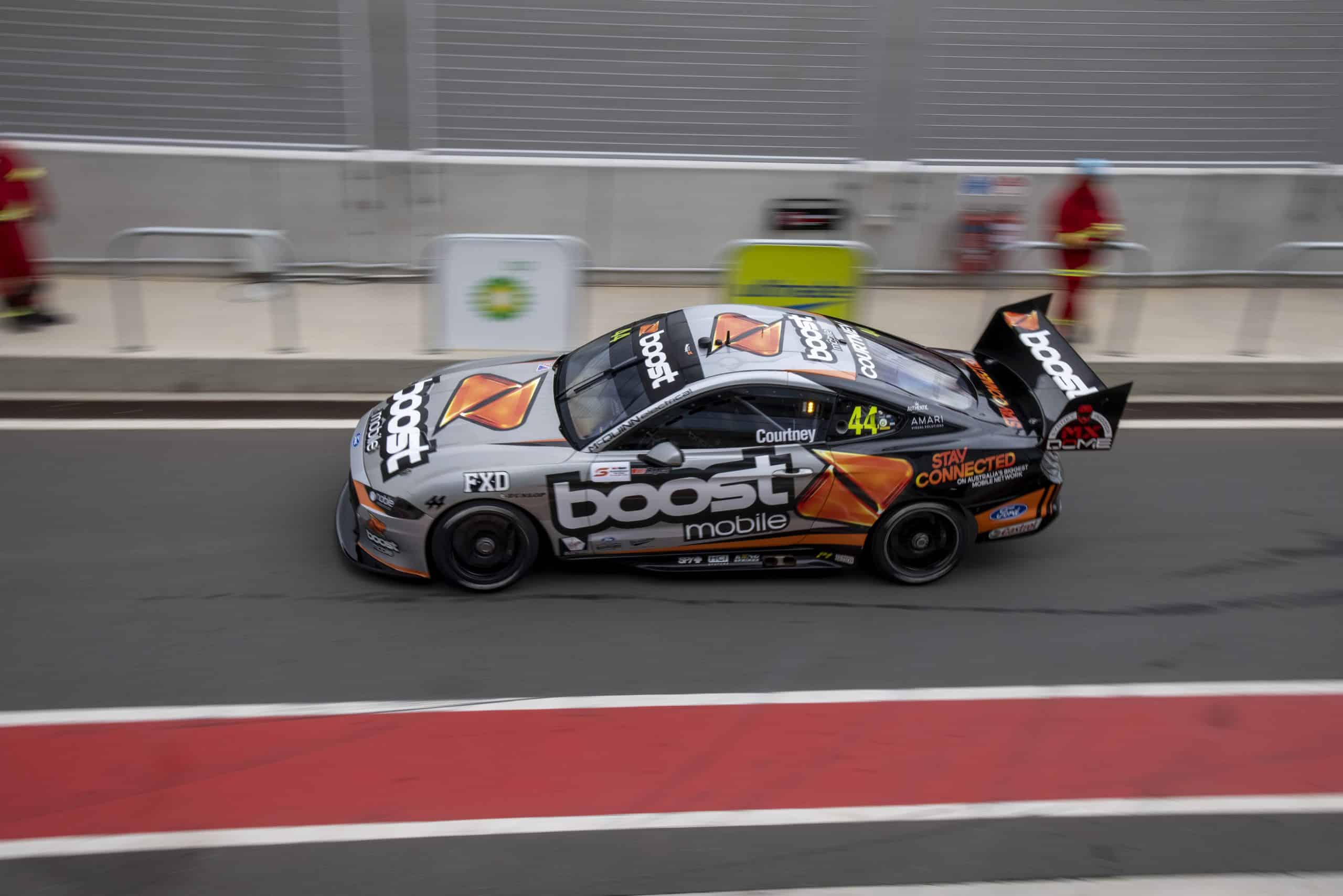 Tickford returns to The Bend for a doubleheader

The Virgin Australia Supercars Championship returns to action this weekend with the first of two rounds at The Bend Motorsport Park in South Australia, this weekend marking the ninth round on the 2020 Supercars calendar.

Leading the team in Race 24 in Townsville, James Courtney (No. 44 Boost Mobile Ford Mustang) enters The Bend 12th in the championship, just 101 points adrift of garage-mate Holdsworth in ninth.

Electing the opposite strategy from Le Brocq and Holdsworth, Courtney pitted on Lap 14 and emerged in 18th, then used his fresh tyre advantage to climb back to 10th by the chequered flag. However, Courtney was assessed a five-second penalty post-race for contact while passing Car 25 on the final lap, dropping him to 15th in the race result.

All four Tickford Mustangs contended with tyre degradation challenges in Race 26 on Sunday morning, largely due to increased track temperature compared to Saturday, and its effect on the Dunlop Soft compound tyre that was used for the first time this weekend at The Bend Motorsport Park.

James Courtney’s (No. 44 Boost Mobile Ford Mustang) Sunday got off to a challenging start, qualifying 24th for Race 26 after a mistake on his flying lap. Courtney picked off 10 competitors in Race 26 to finish 14th, but did not get the opportunity to replicate that performance in Race 27, as he was caught up in a first lap incident that caused too much damage to the No. 44 Mustang to continue. It is Courtney’s first retirement since joining the team at the resumption of the Supercars season in June.

The Virgin Australia Supercars Championship returns to The Bend Motorsport Park next weekend for three races on the venue’s West Circuit, the first such race event for Supercars on the 3.41-kilometre layout. The Bend SuperSprint 2.0 will be the penultimate event on the 2020 Supercars calendar, hosting Races 28, 29, and 30 of the campaign.