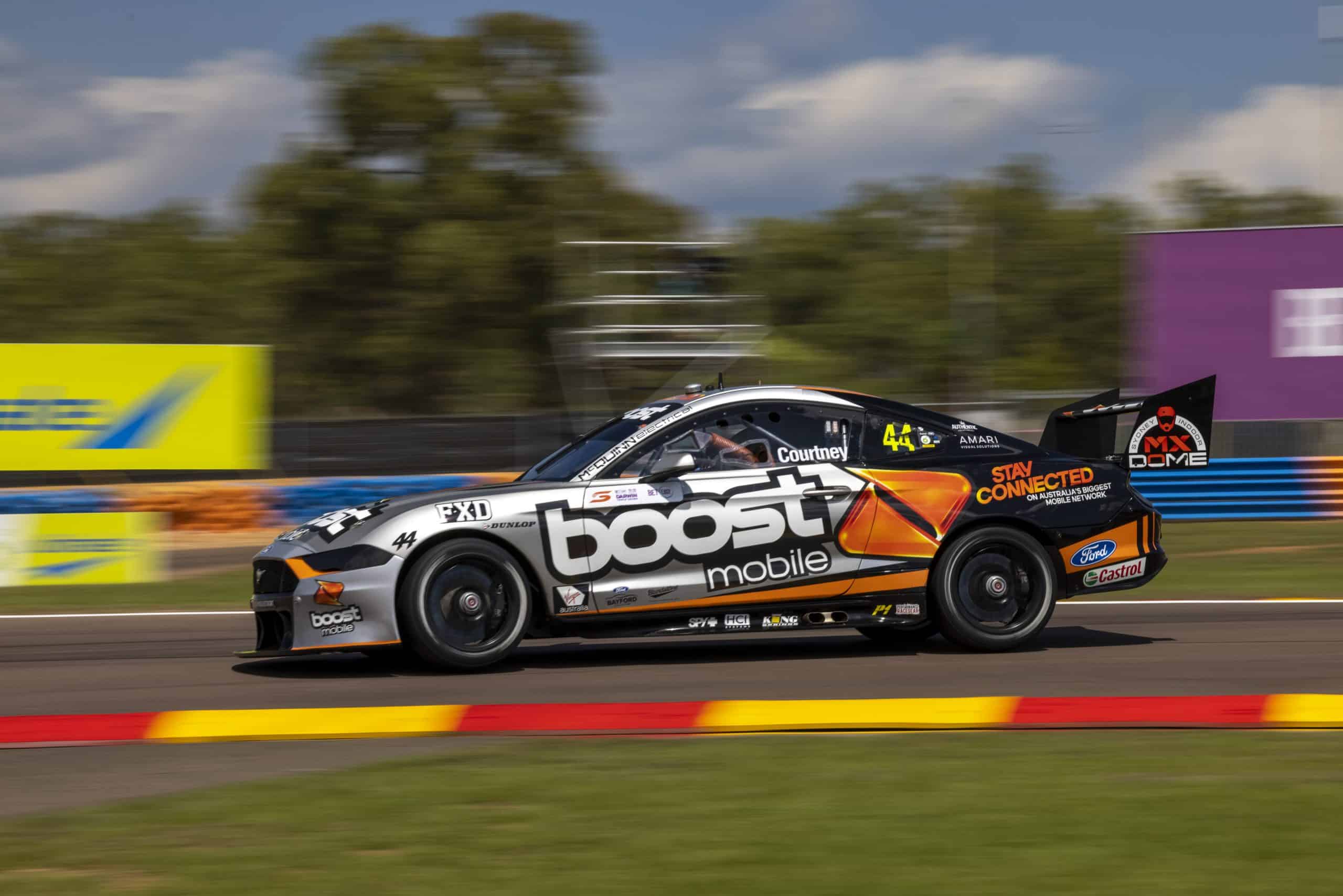 Coming off the team’s first win of the 2020 Virgin Australia Supercars season, Tickford Racing has geared up for four consecutive weekends of racing beginning at the Darwin Triple Crown this weekend, the first of two back-to-back rounds at Hidden Valley Raceway.

After coming within inches of his first podium in just his second round with the team, James Courtney (No. 44 Boost Mobile Ford Mustang) is confident more strong results are on the way as he continues to gel with his new team, car, and engineer.

Boost Mobile Racing’s James Courtney (No. 44 Boost Mobile Ford Mustang) has claimed runner up honours in Race 13 at the Darwin Triple Crown, his first podium since joining Tickford Racing earlier this season. It is Courtney’s 60th career podium finish, which he scored thanks to running soft tyres for the entirety of the 38-lap race. However, having only taken two soft tyres in his mandatory pit stop on Lap 5, Courtney still has two fresh and two lightly used soft tyres to make use of on Sunday.

The podium is a remarkable turnaround after Courtney slid into the Turn 10 tyre barrier at the end of Practice 2. In less than 30 minutes, the Boost Mobile Racing crew had repaired the car enough to qualify eighth in the Top 15 Shootout, and Courtney was raising his Race 13 trophy less than four hours after his practice shunt.

The result also means that all four Tickford Racing entries have scored a podium in 2020, the second consecutive season in which the team has done so.

The following day James Courtney started and finished 12th in Race 14, before taking 17th in Race 15.

The Virgin Australia Supercars Championship continues next weekend with the second leg of its Darwin doubleheader, with the Darwin SuperSprint taking place August 22-23.