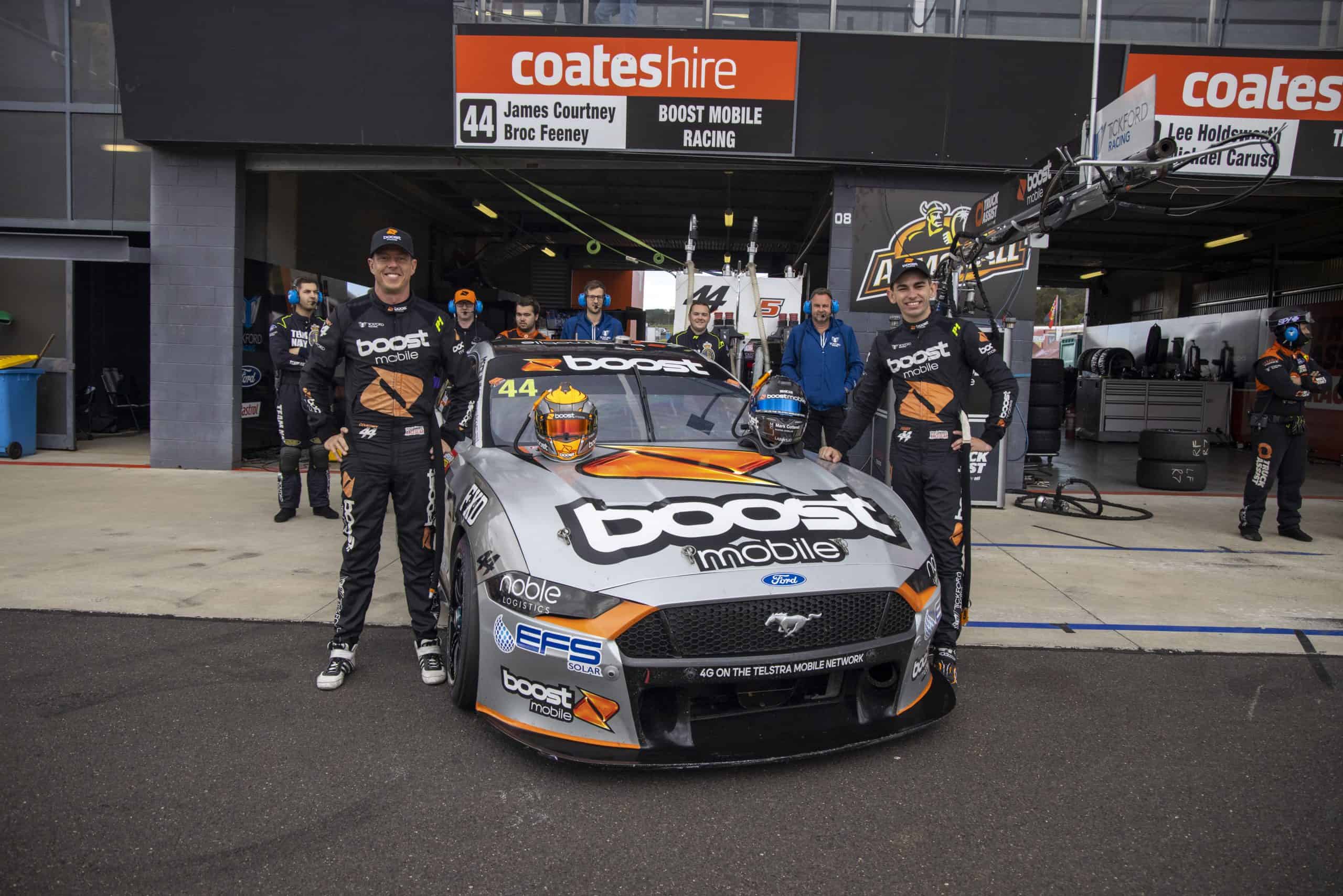 Following a string of strong performances in their abbreviated 2020 season with the team, James Courtney and Boost Mobile will remain with Tickford Racing in 2021, continuing the partnership that saw Courtney return to the podium at Hidden Valley in August.

Courtney and Boost Mobile partnered with Tickford in May of 2020 to fill the entry left vacant following the withdrawal of 23Red Racing. Since the resumption of the Supercars season in late June, Courtney has added four top-four finishes to his record and currently sits 13th in the Supercars drivers’ championship heading into Sunday’s Supercheap Auto Bathurst 1000.

“This year’s been an absolute roller coaster with all that’s gone on, but to end up here at Tickford thanks to Boost Mobile has been amazing, and to continue this relationship into 2021 is just fantastic,” Courtney said. “I’ve developed great relationships with the boys on my car, the team has been super welcoming since day one, and fortunately we’ve been able to score some strong results on the track, too. I really couldn’t have asked for a better place to be, and the partnership has been great for Boost as well. I guess the saying goes ‘if it ain’t broke, don’t fix it,’ so it makes sense for all of us to keep the party going.”

Boost Mobile founder and CEO Peter Adderton – among the most fervently passionate in the pit lane – praised Tickford Racing for its efforts on and off the track that have contributed to a successful partnership in its first five months, and looks forward to continuing those successes next season.

“On the back of celebrating our 20th anniversary as a business, it’s also our 20th anniversary of supporting Supercars so we are excited to continue our support of Tickford, Boost Mobile Racing and James Courtney. This year has been a tough year for everyone and Tim (Edwards), Rod (Nash) and the team at Tickford have really stepped it up and we have built a great relationship with the team. I also want to make special mention of James’ team headed by Brendan Hogan, they have done an incredible job for Boost and as much as the driver and team principals get the accolades these guys are the engine of the team so continue this partnership with the team is very exciting.”

Tickford Racing CEO Tim Edwards is also pleased to lock away the 2010 season champion and internationally known brand, and build on the

“When you look at the way this all came together, it’s quite impressive what James and the Boost Mobile crew have been able to accomplish,” Edwards said. “In reality, he still hasn’t had a single test day with us, but has fit right in with the team and the car extremely well. With a proper chance to prepare for a full season, we’re both confident there will be much more to come from JC and the Boost Mobile Mustang in 2021. To continue on with Boost in itself is tremendous, obviously, they jumped on board at a critical time for our team, and it’s paid dividends for everyone. Our partnership is going from strength to strength, and points to more successes on and off the track in 2021.”

Sunday’s Supercheap Auto Bathurst 1000 will conclude the 2020 Virgin Australia Supercars Championship, while the 2021 Supercars calendar will be revealed at a later date.