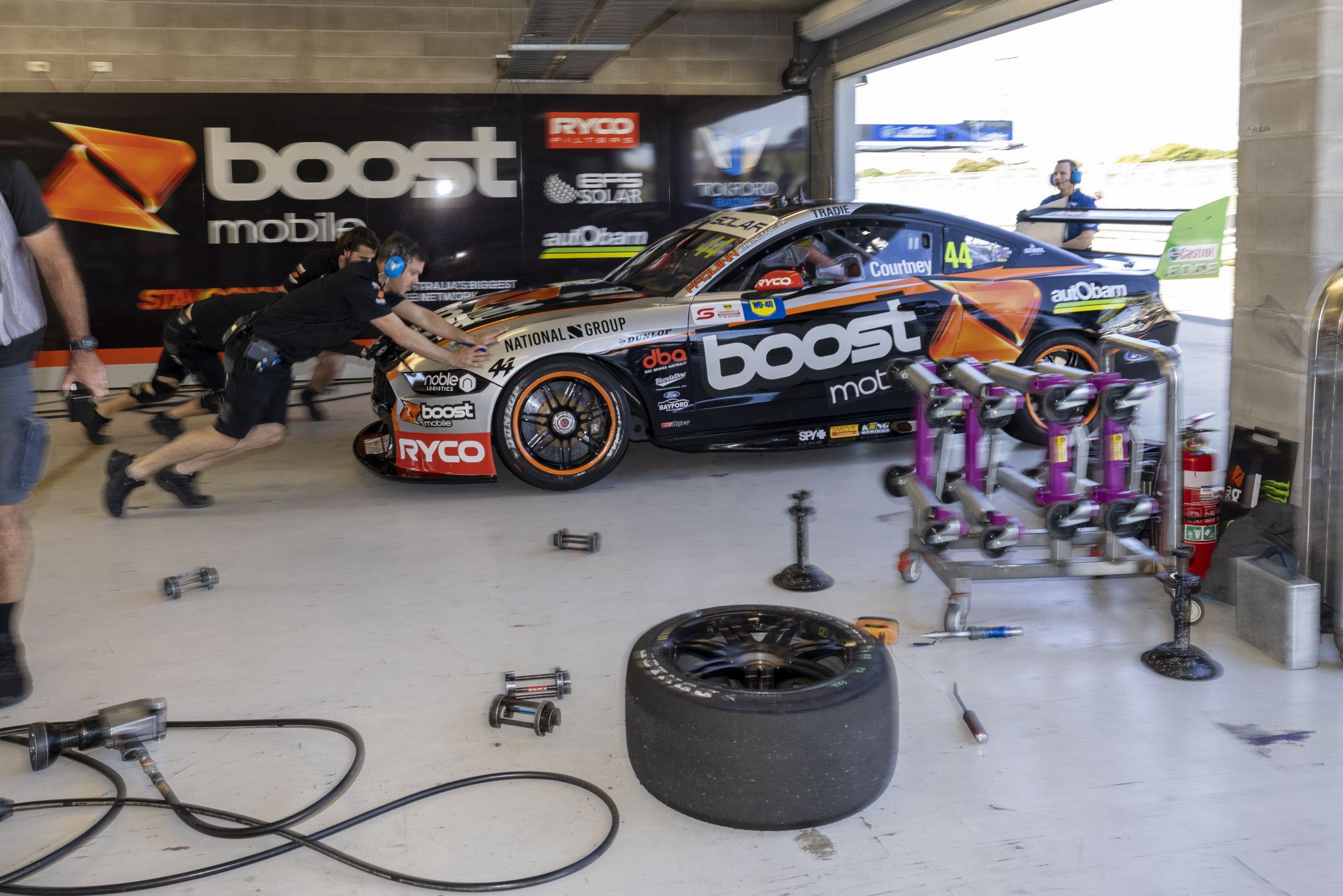 18 July, 2021
Cam Waters (No. 6 Monster Energy Ford Mustang) has backed up his Saturday win at the Townsville SuperSprint with another win on Sunday afternoon in Race 19 on the streets of Townsville. It is Waters’ fifth career win and third of 2021, and the 77th in the history of Tickford Racing. Combined with an 11th place finish in Race 18 earlier on Sunday, Waters has now climbed to third in the Supercars drivers’ championship after seven rounds.

Waters was followed home by James Courtney (No. 44 Boost Mobile Ford Mustang), who finished seventh in Race 19, his eighth top 10 finish in the last 10 races. Preceded by a frustrating 16th in Race 18, Courtney retains ninth in the drivers’ championship. The team pairing of Waters and Courtney also holds third in the teams’ championship as the 2021 season enters its second half.

Jack Le Brocq (No. 5 Truck Assist Ford Mustang) showed promising race pace again on Sunday in Townsville, but saw his race efforts hampered by being stuck in traffic following challenges in qualifying on Sunday morning. After starts of 23rd and 16th respectively, Le Brocq moved up for finishes of 18th and 13th on Sunday, but leaves the weekend frustrated overall.

With the Sydney SuperNight postponed due to a recent outbreak of COVID-19, another venue is set to host the Supercars Championship on the August 21-22 weekend. That venue will be confirmed in due course.

“This morning was pretty crazy. We had a drama in that first qualifying session, so we started way back, and starting back there is just madness so I just held back a little and managed to come through to 16th. Then in the second race we just ran our race, and even though we pitted pretty early we picked off some spots later in the race and notched up another nice top 10. Great for Cam getting that awesome result today, and for us as a team to come back and have a good weekend here is a really nice confidence boost all around.”