Mixed day of racing for Erebus at Townsville 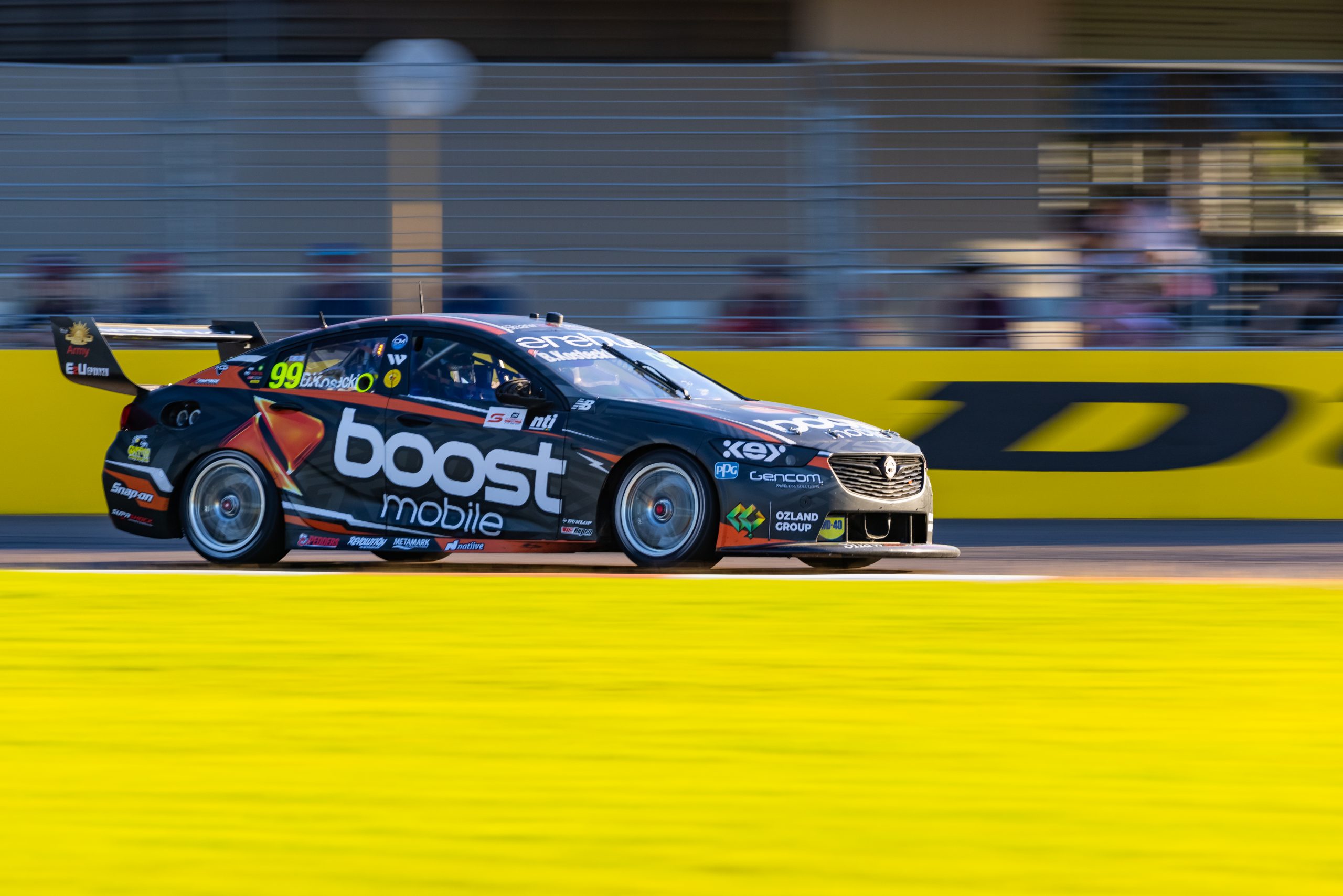 Locking out the fourth row on the starting grid, both drivers got away well. Will slotted in behind his teammate as they head down to Turn 1 for the first time. Down at Turn 2, Bryce Fullwood tried to pull the same move on Brodie that the #99 driver had pulled off yesterday, though Brodie wouldn’t have a bar of it and moved up two spots before the end of the opening lap, while Will fell back to P10.

Will swapped vinyl with Anton De Pasquale after the pair tussled for position on lap 2. There was contact on the way through at Turn 11 as De Pasquale didn’t give any room on the exit and it made for a tough start for Will who dropped seven spots in the opening laps.

Will wasn’t giving up and was in the fight for a spot just outside the top ten as he moved up to P12 before taking his compulsory pit stop on lap 8 for rear tyres only.

Brodie pit at the end of lap 16 for three tyres and in what was a sensational effort by the crew, returned in P7 when the field was cleansed. The Erebus Boost Mobile Commodore was one of the fastest on track and powered through to 5th with 13 laps remaining.

Will, who had also clawed his way back into the top ten, began to report that he was struggling with broken steering and as the #9 Holden dropped down the order, he pit for repairs. The team worked tirelessly to try get him back out in time to be classified a finisher, but with only minutes in it, Will finished the race in the garage.

The battle for fifth flared and with just a few laps remaining, however Brodie was unable to hold on. Battling drivers with at least four-lap fresher tyres than him, they got by in the end to see Brodie cruise home in 7th.

The team did a fantastic job to get the Erebus Pedders Commodore back out on track for the second race of the day and when the lights went out Will was P18, behind his teammate in P14.

Brodie got another sensational start and powered through to tenth after the first complex, though settled for P12 by the end of the first lap. There was a battle between the Boost cars on lap 2 and Brodie managed to get a move done up the inside of turn 2 to take another spot from James Courtney.

Will was further back then he’d like and was putting the pressure on Jake Kostecki and Jack Le Brocq. On lap 7 he got the move done on Kostecki, though could not find a way past Le Brocq.

In front of them, Brodie set a lot of fast sectors before the team brought the #99 into the pits for three-tyres on lap 13. Will was instructed to use up his tyres until his stop six laps later, which coincided with the one and only Safety Car of the weekend.

When racing resumed at the start of lap 24, Brodie piled on the pressure at the back of the top ten while Will looked to make some moves on fresh rubber from P19.

Will made immediate impact and moved up five spots to P14 before he reached the back of his teammate. Will made a move on Brodie and made his way to P13 with seven laps remaining, while Brodie battled his aging rubber.

With a 15-second time penalty hanging over Tim Slade and 5-seconds incurred by Bryce Fullwood, both Erebus drivers managed the gaps to jump a few spots. When they reached the flag at the end of 39-laps Will wound up P12, six spots up from where he started, while his teammate wasn’t far behind him in P14.

The team now head back to Melbourne with just over a month until the next round at Queensland Raceway, August 21-22.